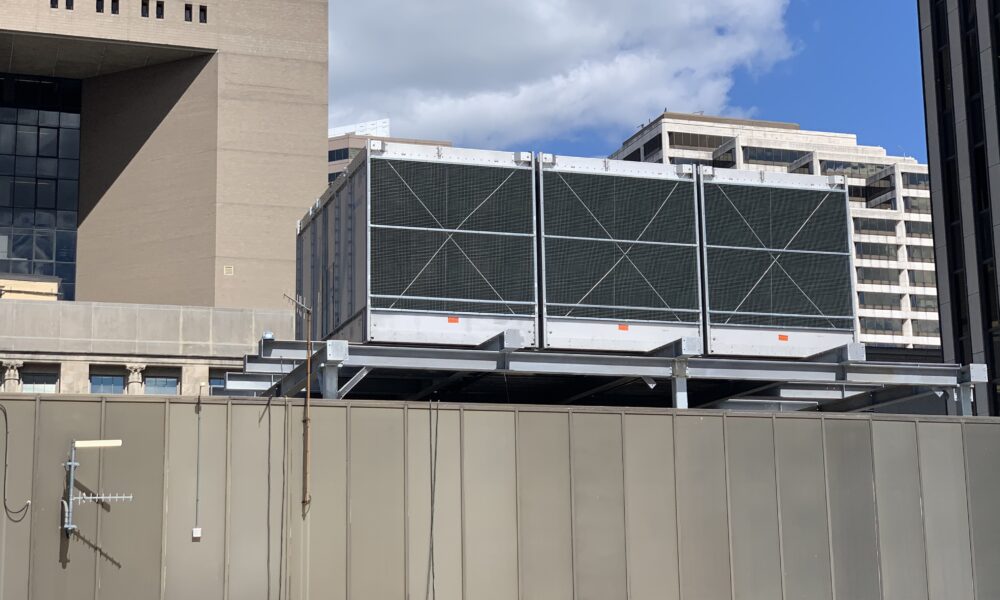 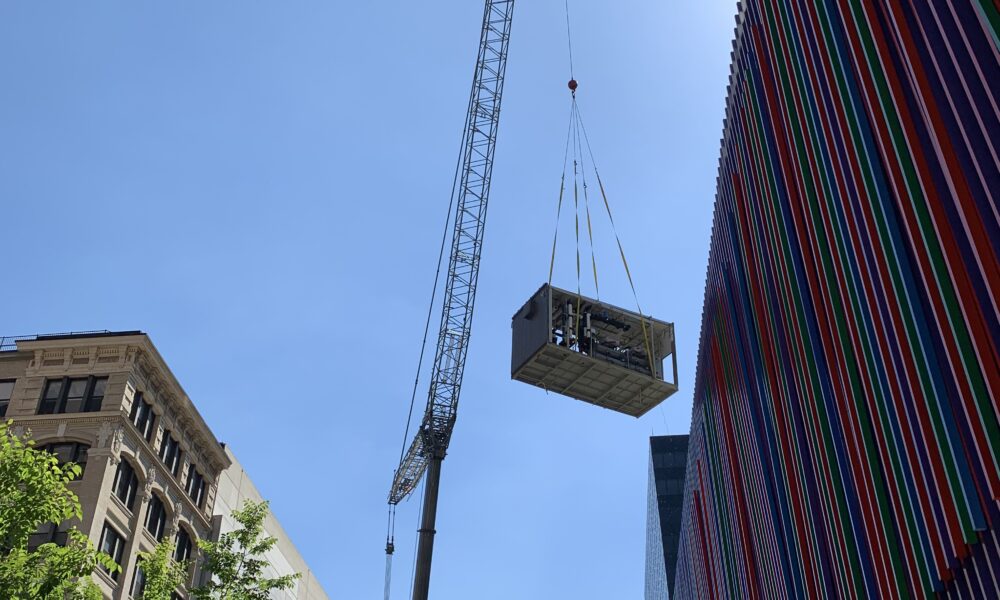 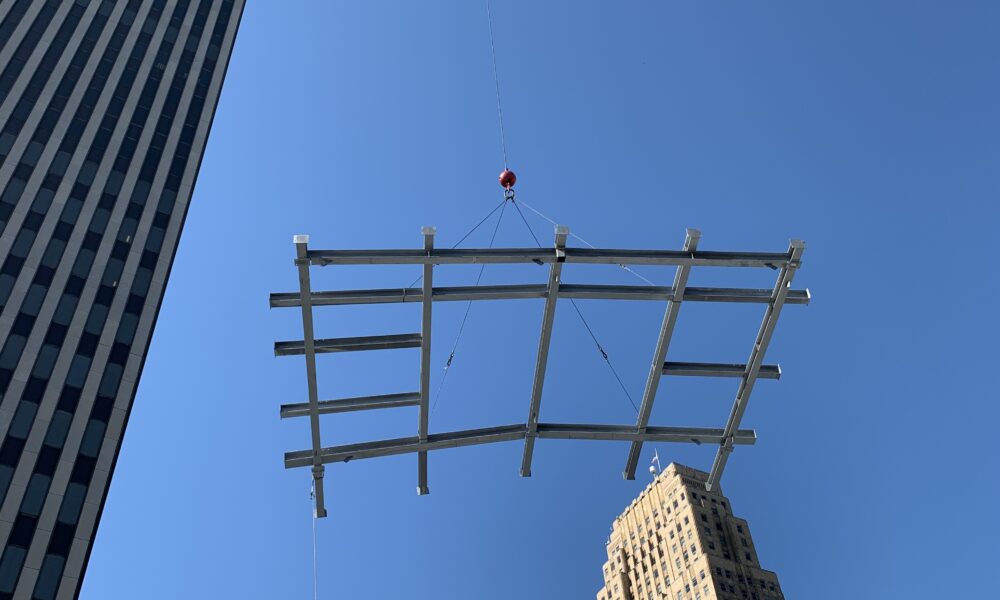 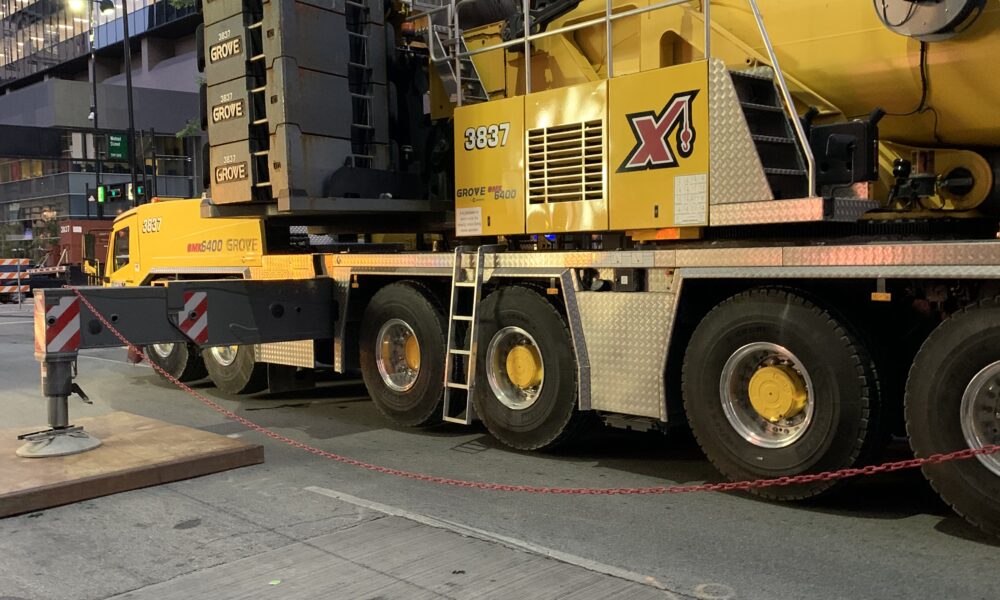 Motz Engineering was hired to strategically consolidate the multiple systems into one unified central plant while replacing all major infrastructure equipment that had passed their useful life (4 chillers and 4 cooling towers were original to the building in the mid-1960s). The replacement included 3 new 700 Ton Chillers, 1 multicell cooling tower and a water-side economizer.

With the original system running various spaces (2 plants for the retail spaces and 1 plant for their tower), the Cooling Tower was placed on top of their low-rise building while the chillers were relocated to the basement mechanical room. This also allowed the existing plant to remain operational as the new plant comes online. The new system will not only save energy and resources, but will save the client money in both the short and long term.

The new design and placement resulted in consolidation of maintenance systems and allows for easier replacement in the future by requiring only a typical crane in lieu of a costly helicopter lift.

As an additional requested service, Fifth Third contracted Motz Engineering to manage the entire project from the early phases of material and subcontractor procurement through warranty administration.